The real power of being farsighted and proactive

Established in 1972, The Design Group Five International (Pvt) Ltd (DG5) is one of the largest and most respected architectural and engineering consulting firms in Sri Lanka. The multidisciplinary design firm has worked on over 1,600 projects, and its expertise ranges from personalized homes to high-rise mixed-use real estate and from hospitality infrastructure to specialized projects. DG5’s design offices—including a studio in Sydney, Australia—strive for bespoke optimal solutions by questioning assumptions and energetically embracing challenges that come with each project.

Since its inception, DG5 has been the pioneer in Design technology adoption in the Sri Lankan market. In the late 1970s, it was the first to use technology for design and quantity surveying calculations in the island nation, and in the early 1980s, it used Computer-Aided Design before any of its competitors.

A big reason for the company’s technology muscle is the seed of its founders, including Suranjith de Silva, DG5 Chairman, who sowed right from the beginning. The founding team—which had members who had studied and worked abroad—had a world view and understood how the use of technology could be a game-changer. The bold technology investments that the founders made, resulted in DG5 working with some global prestigious clients such as Boeing, Seattle in its early years. Over the last five decades, DG5 has never waited for the industry to move to new technology, instead, in many ways, it has stayed almost 10 years ahead of the market and forced rivals to catch up.

“Autodesk support was excellent because they helped us find a trainer who was the right fit for us. Autodesk also provided a number of specialist trainers who flew to Colombo from time to time and trained our team. Even when these specialists went back, we had the option of further training & consultation via video conferencing with them,” 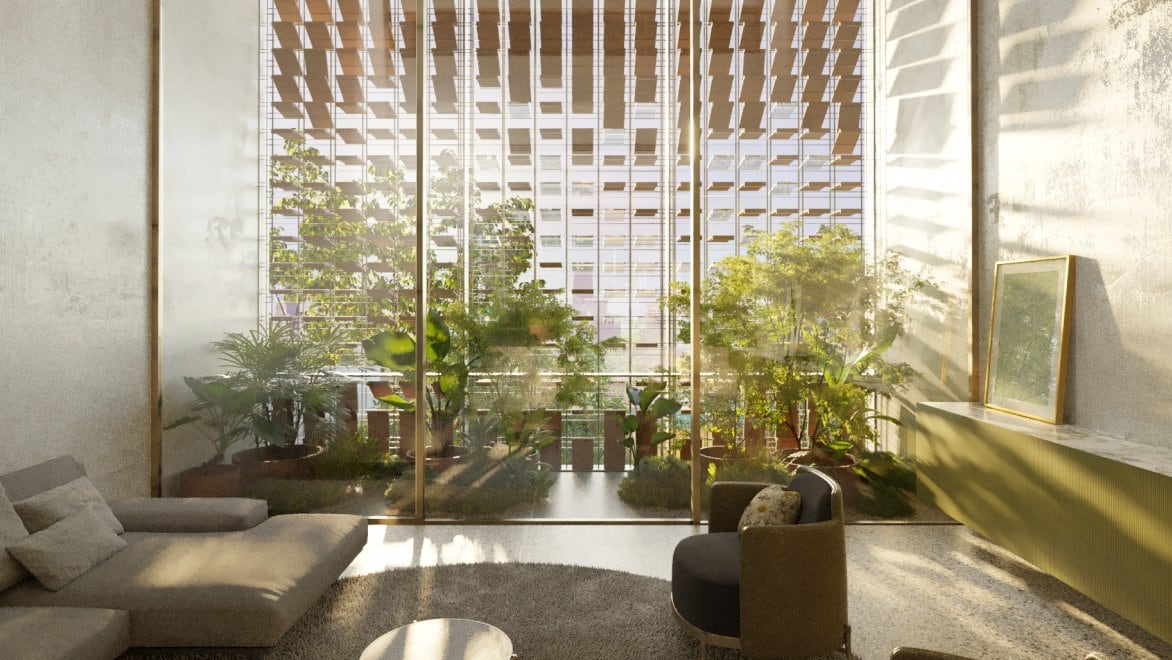 In 2009, as Sri Lanka emerged from a 30-year civil war, there was a development boom in the country. This was the time when some other Southeast Asian nations were going through a rough economic environment, which made Sri Lanka even more attractive for foreign firms. Many global design firms started entering the island nation during this time.

Given that Sri Lanka had a limited pool of experienced designers and architects at the time, DG5 realized that it needed to use a technology push to improve the productivity of the team it had to adapt and survive in the rapidly changing market.

Even though there was no local pressure from competitors or clients at the time, DG5 knew that if it did not innovate and move forward, any new international firm with better and more productive design technology could come in and make them obsolete. So, the company started looking at several Building Information Modelling (BIM) software options that could prepare it to stay relevant over the next decade.

In 2012, DG5 became one of the first companies in Sri Lanka to buy Autodesk’s Revit BIM software. Two years later, DG5 used Revit for a big project—much ahead of its rivals. 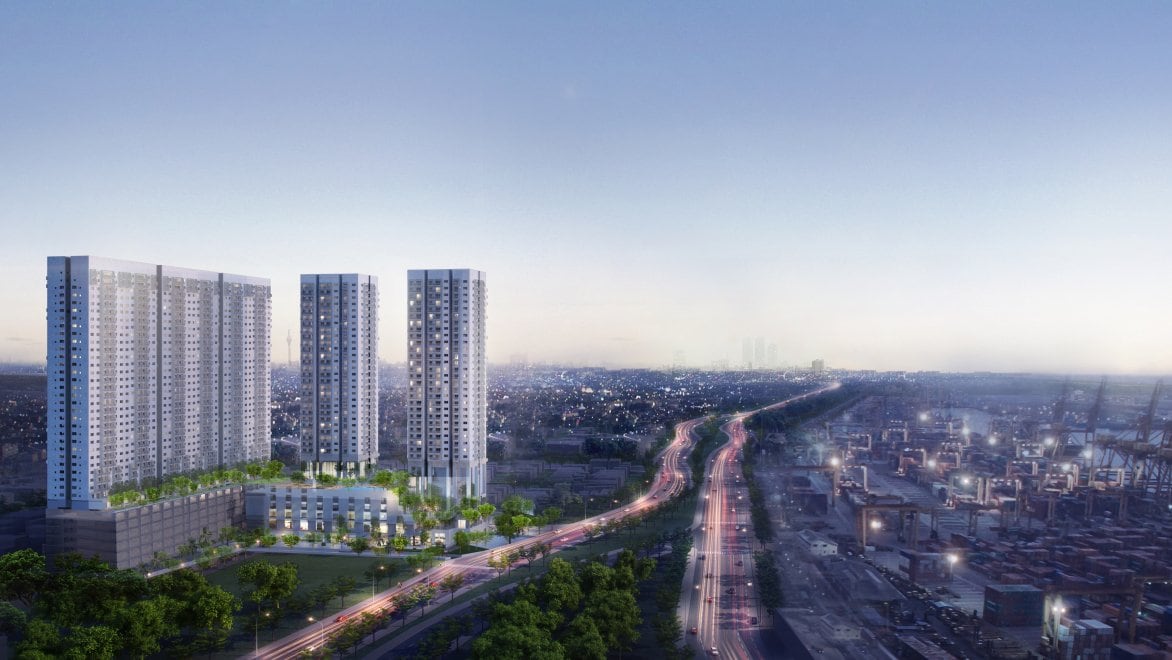 The Grand & Marina Square: Unleashing the potential of Autodesk

DG5 used Revit BIM for the first time in 2015 for a 36-story high-end residential apartment project called The Grand. This was followed by a project of larger scale in 2016: The Marina Square, a 195,00sqm, 36 Storey Multi-tower Mixed development of 1,000 plus apartments, office, and retail space. DG5 was the lead consultant architect and services engineer for both developments.

Autodesk helped DG5 find a suitable overseas trainer who helped executives understand the workings of Revit through a theoretical practice exercise before the company started using the software for the Projects. The consultant stayed with DG5 for two years, ensuring that the transition to Revit was smooth and swift.

The design process at DG5 has become at least 30% faster after moving to Autodesk’s BIM tool. With teams spending less time on one process, the company is able to execute more projects within a given period of time as well as use that time to enhance more creative designs and test & execute them with greater accuracy.

Adopting the BIM process allows DG5 to bring in teams from different disciplines—structural, MEP, interior design, 3D visualization, and quantity surveying—to the table at an earlier stage. This leads to greater brainstorming, better collaboration, and early problem detection. Getting the points of view of different teams at an early stage makes the process more accurate and eliminates the need to rework.

This also results in less reliance on on-site rectifications, which is a huge cost and time risk.

Using Autodesk’s software, DG5 is able to tackle complexity and produce designs with high accuracy and in greater detail. The company is also able to provide more detailed designs to clients and contractors, to help them visualize the intents, constructability, and other aspects. This comes in handy particularly with more sophisticated clients who require better insight into detailed design.

The system, therefore, is optimal for DG5’s strategy to allow it to appeal to a range of international clients as well as a new generation of more informed & sophisticated local clients.

A version of this article ran previously on website. Photos courtesy of [credit].

“Revit allows us to be more innovative, and also fine-tune our designs. Just this morning, we were doing a study for a smaller residential project to see how the light on the facade works and adjust the facade based on the time of day. We couldn't have done all those things five years ago,”

Silver lining in a pandemic with Autodesk

As soon as the Covid-19 pandemic reached Sri Lankan shores in March 2020, DG5 engaged with the Autodesk team to move to BIM 360, a cloud-based solution that allows project teams to work in a collaborative environment even from remote locations.

Since DG5’s teams were familiar with Autodesk’s BIM software, the transition was pretty seamless and took less than 10 days.

The transition to BIM 360 has, in fact, opened new doors for DG5 now as the company can hire talent from anywhere in the world without being dependent on resources available only in the cities where it has its offices.

With this, DG5 has proved that farsightedness is a gift that keeps giving, and the time to plan for a flood is not when the waves start rising but when the water is still calm.

“Being on BIM 360 has opened us up to a much larger pool of resources within Sri Lanka and around the world. We now have applications for new recruitment from the east of Sri Lanka to the north or the highlands, all of which are four to nine hours away from our office. We even have people who applied to us from India and Australia. Earlier, our mindset would have been to hire people who can work in our office physically. But now, we are open to people across the world. So that's been a huge, unexpected benefit”

I agree that Autodesk may share my name and email address with ${RESELLERNAME} so that ${RESELLERNAME} may provide installation support and send me marketing communications.  I understand that the Reseller will be the party responsible for how this data will be used and managed.

No, thanks, I don't want support from ${RESELLERNAME}